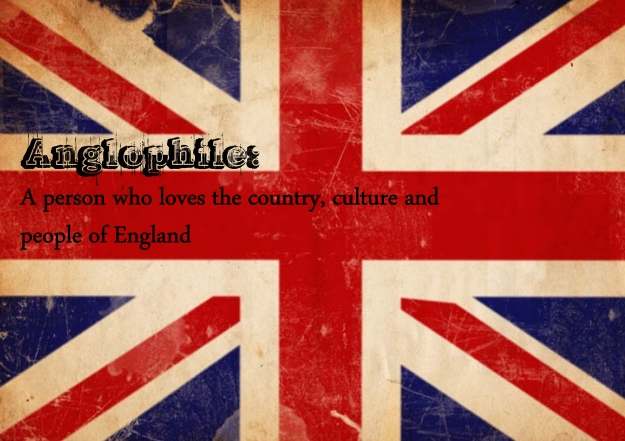 The most frequent question I’m posed, bar none, is “why Britain?” I get asked by British acquaintances who don’t understand why I love their country so much, and I get asked by Americans who can’t understand why I don’t love ours more. Britain’s broken, so I’m told, and who would want to leave the sunny states? They have a queen, I’m reminded, and bad teeth and even worse food. (Hey, I never said Americans were kind, or fair, or informed.)

Of course, I recognise the problems facing Britain. And of course I see great things in America. I’ve written about both. But the fact is I could never work for the CIA because I’m on record as saying “she is my Queen, and I’d gladly die for her.” More than once. On the same 4th of July.

To those of my friends stateside, this is my defining quirk. I’m the man who draped himself in the St George’s cross when England faced the USA in the 2010 World Cup. In university, I gave a speech defending the position of the Crown and decrying the Declaration of Independence as a treasonous document. I couldn’t sing past the second verse of “America, the Beautiful,” but by God I’ll sing through my sobs when “I Vow to Thee, My Country” plays.

For me, which country that is has always been clear. I can offer, at random, a litany of things I admire about the Brits-fair play, sturdy resolve, Jack Wills. But I have no explanation or understanding of how I developed a fascination with the UK as a child, or when that grew into a passion which has long since evolved into a full-blown obsession. Moving to Britain is, frankly, the only thing I care about, and I can’t even tell you why.

I’m not alone. There are countless Americans who, like myself, love the history, the culture and the landscapes of the British isles. We watch British telly, listen to British music, and read British books. We’re called Anglophiles, and we’re aplenty.

I’ve always found that term problematic, though, and have never felt it aptly described me. To begin with, it’s hopelessly restrictive. Anglo means English, but it leaves out the rest of the United Kingdom, which I love with just as much ferocity (except during the Six Nations Championship). And it’s not a pretty word. Anglophile. Ang-lo-file. It sounds like a tool my granddad would use to whittle away at a statue of Charles Townshend. The abstract noun, Anglophilia, is even worse, suggesting we somehow get our jollies from a phone box or Nigel Farage.

Yet many Anglophiles do fetishise the UK. Having read Jane Austen or the Brontë sisters as children, they fell in love with yesteryear. They see cobblestone streets and high tea and bowler hats. Don’t get me wrong, these are lovely aspects of British life, but they all emphasise the myth of Merry England, a utopian fantasy that never existed.

For the vast majority of them, their love stops there. They don’t recognise that the country gentry in Emma wouldn’t have associated with their sort, even if they did talk to Harriet. They don’t see that the class stratification presented in Downton Abbey is still very much a live and quite visible at the Lord Mayor’s banquet. They’ve never heard of Enoch Powell or Nick Griffin. To them, Stephen Lawrence is an adorable child star, not a murdered teen.

They long for a stereotype or a fiction, and while that means they fail to see the bad, it also means that they erase the reality of the millions of workaday Britons. Its these people whom I most admire, and whom enrich my love for their country.

This is why I’ve always shirked the label. Britain isn’t a fairytale, and British people don’t all live happily ever after. Sure, it’s glamorous; nobody does pomp and circumstance better than the Brits. But it’s also gritty and grimy, complex and diverse. Its history is proud, and I believe its future is bright, but that doesn’t mean there haven’t been moral failings, and that there aren’t any now. As the advert for the BBC 2 comedy says, Hebburn is a place on earth. Heaven, however, isn’t.

Still, I am unseemly patriotic, especially considering my only claim to “Britishness” is a smattering of ancestors buried in the United States before there was a United States. I’ve dedicated my life to writing about Britain, extolling its strengths and promise while critiquing its shortcomings. I do this because I love that country, because I want to see it prosper and grow. I do it because I want, more than anything, to contribute to its success. It’s why I get up in the morning, and it’s what I dream of at night.

I certainly don’t expect anyone else to understand when I myself am at a loss. But if I were forced to give an answer, to reach into the deepest part of my soul and tell you why I love Britain, I imagine that answer would be simple and clichéd.

Why Britain? Because it’s great.

2 thoughts on “I don’t know why I love Britain. But don’t call me an Anglophile.”