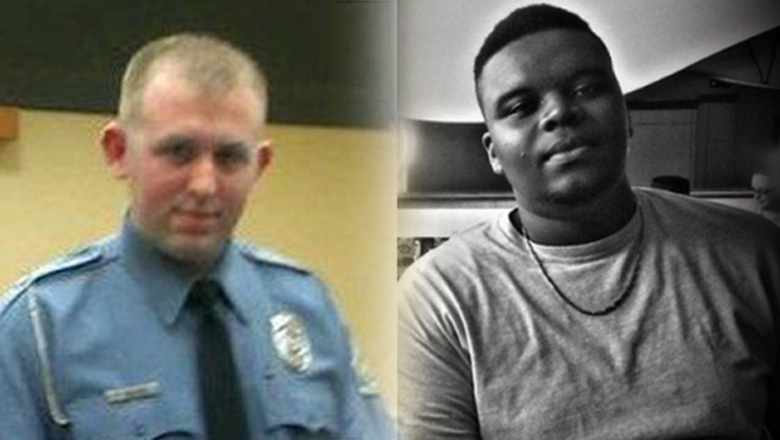 I landed in London this morning. While I was in the air, a grand jury in Missouri decided not to charge an armed agent of the state for shooting dead like a dog an unarmed teenage boy. He is but one of many innocent, unarmed Black people being gunned down by American police every year, as Derrick Clifton succinctly explains here.

I knew the decision was coming before I took off, and I knew what it would be before I even landed; there was no way Darren Wilson was going to be indicted. America doesn’t care about Black people, and we’ve shown it time and time again. But it’s not just the state. White America, our racism is showing.

I’m friends with a lot of white people. Like, literally thousands. And scrolling through my Facebook and Twitter feeds, I’ve seen so many-far more than decrying the death of an innocent 18-year-old-criticising the riots in Ferguson. “Go ahead and destroy your town you fucking morons, that’ll make a point” is the basic refrain.

ARE YOU FUCKING KIDDING ME?

See how you’ve missed it?

If you’re more concerned, and more vocal, about the isolated rioting in response to endemic racial violence; if you’re more interested in policing Black responses to oppression rather than policing the police who kill Black people; if you’re more worried about protecting the rights of property owners than you are protecting the lives of Black teenagers; I need you to A) check your privilege and B) actually fuck off.

Maybe listen to him. You know, that bit about how the silence of “allies” was more damaging and devastating than the words of enemies? Or that one time he talked about how deadly silence is?

White people who think themselves “colour-blind” need to wake up and see that colour still matters in America. Those of you who are posting statuses condemning the riots in Ferguson but had nary a peep to offer on the actual death of Mike Brown (or the myriad of other Black Americans gunned down by white police officers or white people) need to understand that this is not just a bunch of “thugs” (the modern day N-word, by the way) rioting. This is the steam blowing the lid off the crucible of racism and white supremacy which Black Americans are forced to live and, as Mike Brown shows, die by.

Otherwise fuck off with your privilege and racism.