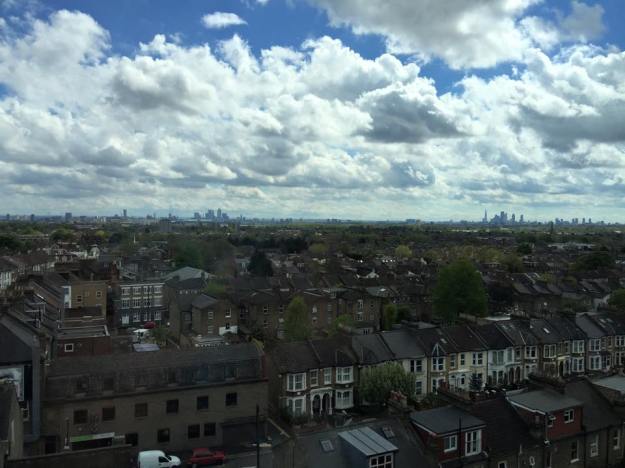 You lot really are amazing. What started off as, if I’m being honest, a seemingly naff suggestion by Twitter followers in February has come to fruition. Because of you. I’m sat in London (well, Walthamstow) ahead of the general election, ready to report and analyse my heart out for the next two weeks.

When we started the GoFundMe campaign, the idea was simple: use the ingenious format developed by Humans of New York to cover the British general election. Ask everyday Londoners, and maybe people elsewhere in the country too, what they think in both the run up to and the fallout from 7 May. What is their biggest concern? What do they hope changes? What can Westminster politicians do to improve their lives?

This is still going to happen. But I would like to, on occasion, take it a step further. Instead of just posting a few sentences “in their own words,” with a few people (whom I’ve yet to meet, mind!), I’d like to dig deeper and put their particular lives in the broader context of politics and policy. What do the policies of these parties, and the likely coalition government—whatever that looks like—mean for this person? This is a question I want to ask. Additionally, I’ll offer some of my standard fare, and possibly even return to a cheeky post or two.

While here I’m going to be focusing mainly on The Curious American. I don’t plan on pitching a whole lot anywhere else. Full editorial control is one of the nicest things about having my own platform. It means I can publish things when I want, and given the context, that is more important than ever. So watch this space, because it’s going to be more active than ever before.

And again, that’s all down to you. You all have given me this opportunity. You’ve shown that you believe in me and my work, and that means more than I can ever express. I hope I do you proud.

Before I go to Asda to buy a hair dryer, because daft me left mine in Chicago, there are three people I want to thank in particularly. They have been the ones who truly made this a possibility. Unfortunately, they’ve also made it clear that they wish to remain anonymous. So all I’m going to say is that I am truly humbled by how generous and kind you were, especially since I know you’re sacrificing so much, and not just financially, so that I can pursue my dreams. I am very fortunate to know all three of you.

Everyone else, if you still want to give, I could still use the money. I’m on a shoestring budget here, enough to get around London but that’s about it. I’d love to be able to take a couple day trips, or to even just not have to worry about whether I’m spending too much while I’m out in the field. So there’s still time to get a nice little paragraph like the one before! (And, you know, to help continue to make my reporting a reality.)

I also want to open this up to suggestions. Anything you’d like to see me write about, talk about, or ask about? What kind of content do you want while I’m in London? Maybe something that doesn’t have anything to do with British politics, even. You lot made this happen, so for the next two weeks you lot are driving content. Let me know in the comments below!