So Gareth Williams killed himself in some unexplainable sex game gone wrong. He slipped into a bag, padlocked himself inside from the outside (huh?), and within three minutes suffocated. There was no DNA left on the locks, or in the bath in which he was found. In a Security Services safe house.

Well that’s that. Clearly the man thought he was Lady Gaga or Houdini or something, and it was all a tragic mistake. Poor bloke. Whose for a cuppa? That was the message from the Met office, who ruled his death an accidental suicide, despite the coroner saying Mr Williams was likely the victim of foul play. But who needs medical expertise when you’ve already got this one in the bag?

We’re meant to believe that Gareth Williams visited a number of bondage sites and was simply sexually experimenting. I don’t doubt the former; the latter is plausible. Let’s assume this is actually how it happened. How did Mr Williams reasonably 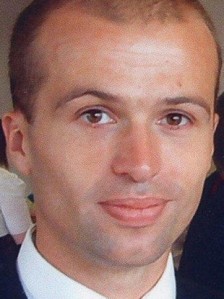 expect to escape from this bag? Was someone meant to let him out?

Part of the thrill of bondage, from what I understand, is that you’re bound by another. Mr. Williams was a good looking man, and it wouldn’t have taken much to find a partner on one of those message boards. A simple look at a CraigsList personal tells you that not only does it take all sorts, but that they’re brazen and aplenty.

But Williams died alone, at his own hand, we’re told. The how and why remain a mystery, but we shouldn’t be concerned with such trivial issues as means and motive. Come now.

The immediate problem here is that none of this adds up. It didn’t when the coroner’s inquest was conducted in 2012, and it doesn’t now. The Twittersphere is skeptical, and the Williams family doesn’t buy it. But for GCHQ and the Security Services, that’s not the biggest problem.

The biggest problem is that I-and people like me-don’t buy it. For years I refused to believe the CIA killed Kennedy, that MI6 killed Diana, or that any of myriad of cockamamie conspiracy theories found in the deepest recesses of reddit. But then came Edward Snowden. Leaving aside any talk of his reasons or merits, Snowden’s revelations succeeded in giving pause to those of us who had previously given credence. And it makes us wonder. If you’re capable of this, are you capable of that?

This is, of course, baseless speculation-stray thoughts running through my mind. I’m not suggesting there is any evidence that GCHQ or any other intelligence agency had anything to do with Williams’ death. But for me, someone who until this summer refused to entertain conspiracy theories as anything more than the ramblings of hapless loonies who watched one too many X Files episodes, to now be thinking “Well, what if…” shows just how far these agencies have fallen in the popular estimation.